KIDNEY TRANSPLANT is the best therapeutic option for selected ptns with ESRD. A successful KTx provides better quality of life and decreases mortality

KIDNEY TRANSPLANT (KTx) is the best therapeutic option for selected ptns with ESRD. A successful KTx provides better quality of life and decreases the MR risk for most ptns as compared to maintaining on DX. Post-Tx survival is the same for both HDX & PD ptns. Graft & ptn survival post-KTx have improving over the last decade. For DDK TR trans-planted in 2006, 10-y all-cause graft loss declined to 51.6 %, compared with 57.2 % for Tx operated in 1998, & 10-y DCGF declined from 33.7 to 26.2 %. LDK TR performed in 2006 had a 34.2 % 10-y all-cause and an 18 % DCGF rate. SRTR analysis: compared average one-y post-Tx eGFR from 2001-2005 & 2011-2013, eGFR (representing prolonged graft survival) still preserved despite using more marginal grafts & Tx older TR; the stabilized graft malfunction was reflecting a better im/m within this time. DCGS particularly was improving, whilst the death with a functioning allograft has been increasing along this decade, alleviating the improvement in overall the allograft longevity. This is likely representing better im/m in the former and an older ptn cohort with more comorbidity in the latter. 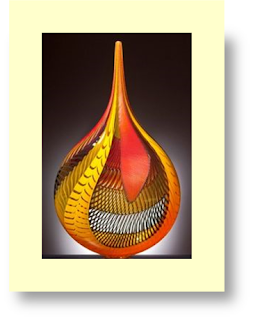 The long-term benefits of LDK vs DDK Tx are best observed in TR with an expected prolonged survival with few comorbidities, e.g., paediatric cohort. On the other hand, in adults, both early allograft loss within 90 ds from Tx and eGFR at one y after Tx have been improving over the last decade.

Retrospective study: comparing Tx survival (including all donor types; n = 202 ECDK, 642 standard criteria, & 673 LDK Tx) to survivals of 173 ptns in home HDX plans (16 hs/ wk) in Canada showed an advantage of Tx, with decline in the risk of MR and treatment failure (= either permanent shift to alternate DX modality or allograft loss) of > 50 % among Tx ptns, despite the increased rate of hospitalization in the Tx cohort along the 1st 3 mos. This greatly achieved success of Tx should be tempered by the fact that organ demands are far exceeding organ supplies. Furthermore, despite the significantly improving one-y allograft longevity, the rate of chronic allograft failure after the 1st y still of concern.

SURVIVAL VS DX: The given assumption of several early reports that a lowered MR is observed among kidney TR as compared to DX ptns has been opposed by the criticism that the design of most studies has been flawed. These reports have been failed to carefully consider the several quantities and/or severity of comorbidities in DX ptns. Certain benefits observed with Tx can be attributed to ptn selection. Ptns maintained on DX are commonly older (mean 57 ys vs 44 ys for those Tx in one report) and more likely to be diabetics with extrarenal vasculopathies. Considering that many DX ptns are NOT candidates for KTx owing to intense multiorgan morbidities and/or aging, assessing the relative MR is best achieved by comparing the survival rate between ptns already accepted for KTx and undergoing surgery with those also accepted for Tx but have not been yet receiving kidney allograft (W/L ptns). 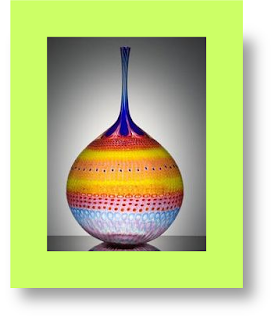 Multiple studies: considering the 2-comparative g.s have found that ptn survival is obviously better with KTx than DX. One of the largest, most comprehensive updated reports: analytic survival studies via the USRDS database was proceeded on about 230,000 DX ptns; among the 46,000 on a W/L for Tx, 23,000 subsequently underwent a 1st cadaveric Tx. The following data have been concluded:

o   This better survival rate with Tx was reported: 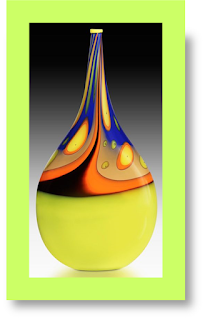 Similarly, longevity benefits with Tx were reported in another study of > 100,000 ptns in the US on Tx W/L between 1988 & 1996, of whom about 74,000 currently received a kidney allograft. Despite the RR for MR declined by time in both g.s, the annual MR still significantly lowered for TR. Moreover, using a plan of survival analysis of paired kidneys from ptns with ESRD for > 2 ys vs < 6 mo, same g. has reported a survival advantage with lesser time being on the Tx W/L.

A survival advantage with Tx has also been observed in ptn cohorts outside the US. One Scotland study: reported the survival of 1732 ptns on W/L for a 1st KTx in 1999. After a higher initial risk of death after surgery, the long-term risk of MR was greatly lowered with KTx. Project life expectancy was significantly increased in TR underwent Tx (17.2 vs 5.8 ys). A significant survival benefit is also reported among TR with marginal renal grafts defined either by ECD definition or KDPI >85 %:

o   Observational study: 2575 KTx ptns on W/L evaluating the MR risk of TR receiving SCK donated after cardiac death vs ptns continuing DX and waiting for a SCK donated after brain death. Compared to those remaining on DX, MR was significantly lowered among ptns receiving a CDD. 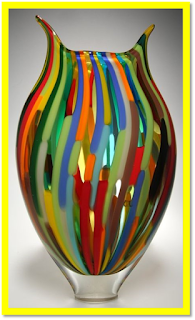 Repeating KTx after a failed primary one may also provide a survival benefit. Large series: > 19,000 kidney TR with primary graft failure, repeated KTx was associated with a 45 & 23 % decline in MR at 5 ys for type 1 DM & non-diabetics, resp, compared with ptns remained on the W/L. As ptns with a failed primary Tx may compose almost 30 % of the current W/L, the additional survival benefits with repeated Tx have a significant implication on the total MR from ESRD.

However, interpretation of these results should be taken cautiously. Despite the authors of the last report was utilizing "control" g. (i.e., ptns listed for Tx and not receiving a Tx), selection bias mostly playing certain role in the results. Ptns on W/L for Tx may not have gotten a Tx, owing to the evolution of intercurrent illness leading to death. Despite the concern of surgical risks, obese ptns maintained on DX also can get a survival benefit with Tx. Considering the data bases from the USRDS, significant improving survival, as compared to obese ptns on W/L, was observed among obese TR (BMI ≥30 kg/m2) of both cadaveric or LDK. The decline in MR among TR, compared to DX ptns, is partially attributed to a decline in CVS events, particularly among Dc ptns. Tx decreases the risk of fatal and non-fatal CVS sequalae, if compared to ptns maintained on long-term DX. 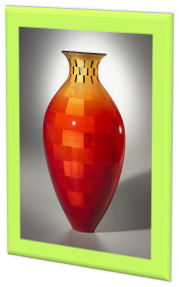 Factors for improving survival: The underlying factors enhancing better survival with KTx, as compared to DX, still not certain. However,

2)    Recovery of kidney function decline the persistence of inflammatory and/or oxidative agents seen with chronic DX. This reported for CRP, TNF-a, & IL6 levels that can be attributed to the chronic use of the anti-inflammatory agents.

3)    The restored near-normal kidney function after Tx also retarding the deterioration of microvascular lesions via limiting the circulating levels of AGEP accumulating in Dcs with kidney failure and contributing to the evolution of vasculopathy, partially via collagen crosslinks.

4)    LVH tends to be limited post-Tx that may decline the risk of MR from CHD.

5)    Declined inflammatory & oxidative stress associating the higher risk of CVS disease, may also has a role.

3)    Findings/degrees of severity of comorbidities.

European study: was assessing the impact factors of ptn survival after KTx in 86 LDK TR & 916 DDK TR. After the 1st y post-Tx, a higher risk of death was reported among 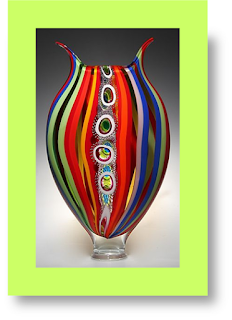 Similar worse outcome with smoking, including ptn who have ever smoked, were observed in another study. Despite Tx offers the highest longevity benefit among all of various RRT, kidney graft TR still have a high MR as compared to general controls.

European study: MR of TR of 1st KTx was 14 times more than age-matched cohort with no kidney failure during the 1st y after Tx and was 4 folds higher after that.

Source: TR survival receiving LDK is superior to those who receiving a DDK, including both ECD & non-ECD:

The KDPI >85 % has largely replaced the ECKD terminology according to the observed multiplicity of factors impacting organ quality & outcome. The outcome of TR receiving such kidneys with higher KDPIs decline slowly until KDPI exceeds 85 %. Kidneys with a KDPI >85 % approximating the previous ECKD definition. The outcome of such Tx was assessed in a study: comparing outcome of candidates > 60 ys receiving either a KDPI >85 % allograft or remaining on DX. MR after the 1st post-Tx y was markedly declined in TR receiving such higher-risk grafts (either pre-emptively or NOT) as compared to ptns who were W/L but never have a Tx.

[3] Comorbid Disorders: The finding of systemic illnesses, especially vasculopathies, can be complicated with poorer long-term ptn longevity after KTx. Single-centre report: higher co-morbidities (via Charlson comorbidity index) was correlated with a higher risk of MR in both the peri-operative period & > 3 mo after Tx. Ptns with a diagnosis primarily involving the kidney, e.g., ADPK & GN, showed a better long-term survival compared with systemic diseases, e.g., HT & DM. Obesity can be also associated with a higher risk of MR.

Considering that CVS disorders are the leading cause of MR in adult kidney allograft TR, it is crucial to assess the extent/severity of CAD prior to Tx. Nearly 1/3rd of all such deaths is due to AMI, with Dc ptns having the worst survival post-MI. Among those who require intervention for CAD after Tx, myocardial revascularization is associated with a better immediate & long-term longevity and similar survival with percutaneous & surgical strategies:

Study: 3000 kidney TR at one centre, survival of the 83 requiring either bypass surgery or angioplasty was 89, 77, & 65 % at 1, 3, & 5 ys post-procedural, resp. De novo HF, a commonly seen disorder among TR after KTx, has been associated with poor longevity. According to database of USRDS, onset of HF augments the risk of death & DCGF. Similarly, evolution of AF enhances the risk of death & DCGF.

DM: Survival of Dcs after KTx (75-80 % at 5 ys) is less than that observed in non-Dcs. However, these observations, owing to extrarenal vasculopathy, are still greatly better than that observed with DX, where the 5-y ptn survival rate is about 30 %.

[4] Overall im/m: The overall im/m burden in induction, maintenance, and therapy of Ac Rj is a crucial risk factor for post-Tx infection, rather than certain im/m agent. As infection is the leading cause of MR earlier in the post-Tx stage, infection & allograft dysfunction induced by rejection are strictly correlated via using im/m therapy.

Allograft function: Despite the clear impact of early allograft malfunction on the long-term graft longevity, little data have been available concerned with the relationship between allograft function & TR survival. Retrospective study: 600 TR of 1st DDK, greatly increasing the MR have been reported in TR with a primary non-functioning allograft (i.e., an allograft never functions) compared to ptns with less intense allograft dysfunction (45 vs 20 % at 6 ys) with main cause of MR was CVS disease.  TR survival is elevated among ptns with persistently, long-term allograft function. One survey: > 86,000 ptns, of whom about 18,500 died along 10-y period, survival at 1, 5, & 10 ys > 97, 91, & 86 %, resp., among TR with maintained kidney graft function. Despite the lowered early Ac Rj rates, long-term graft survival rates have been altered little by time that can be attributed to the statistically significant attitude toward higher DCGS. Despite the underlying causes of this attitude are not clear, this could be attributed to the higher % of Ac Rj episodes failing to recover to its previous basal function. 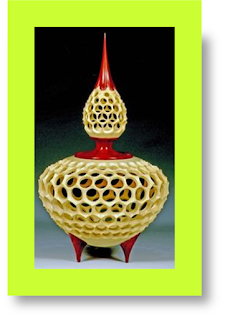 CAUSE OF DEATH: Atherosclerotic CVS disease still representing the overall major cause of MR after KTx. Causes of MR among TR have changed by time and alter with aging. Single-centre report: cardiac disease, malignancy, and stroke as causes of death elevated from 9.6, 1.2, & 2.4 %, resp, for the period 1970-1979, 30.3, 13.2, & 8 % for 1990-1999. Moreover, CVS disease-related deaths is much less common among young TR than older ptns. For TR from 1994-1996, the following were the % of deaths related to the most prevalent life-threatening diseases: 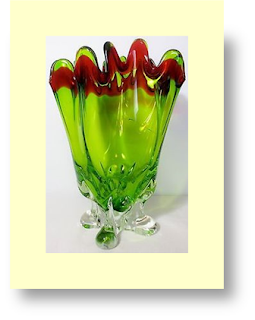 ESTIMATED POST-TX SURVIVAL(EPTS): if a TR candidate has been offered a kidney Tx, the given data base about this candidate at that time will be utilized by the UNOS to calculate the TR EPTS. The calculated EPTS is currently based on 4 factors:

The 20 % of adult candidate TR with the longest EPTS will have the priorities for kidney allografts from the highest-quality donors (via KDPI scores in the top 20 %).