The advent of a novel category of oral ESAs have been assessed as a new therapeutic agent for anemia management in non-DX CKD ptns.

I. Investigational agents in non-DX ptns: Roxadustat for therapy of anemia in non-DX CKD ptns (April 2021).

Hypoxia-inducible factor prolyl hydroxylase inhibitors (HIF PHIs): The advent of a novel category of oral ESAs have been assessed as a new therapeutic agent for anemia management in non-DX CKD ptns. Unlike other ESAs agents that are replacing to certain degree the endogenous EPO, HIF PHIs may trigger the renal and hepatic transcription of the EPO gene that results in a higher level of endogenous EPO. Efficacy of HIF PHIs was evaluated in a phase 3 trial of > 2700 non-DX CKD ptns & anemia (mean HB 9 g/dL) and were randomly receiving the HIF PHI, Roxadustat, or placebo 3 times weekly, to target an HB of at least 11 g/dL. Compared to placebo, ptns on roxadustat were more prone achieving the target HB (77 vs 9 %) and achieving an HB level between 10-12 g/dL for a higher % of time (82 vs 28 %). 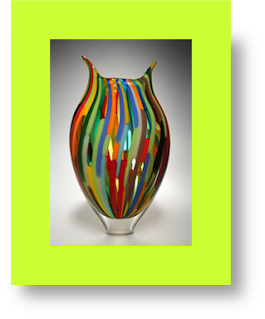 Furthermore, compared with placebo, roxadustat has induced 74 % total decline in the requirements for other therapies of anemia (e.g., iron, ESA, or BTx) and 63 % decline in the BTx requirements alone. However, all-cause MR (21 vs 18 %), CVS events (23 vs 21 %), and total serious adverse events (57 vs 54 %) were increasing among ptns receiving roxadustat as compared to ptns on placebo. Serious untoward effects that were more commonly reported with roxadustat may include HT, UTI, & pneumonia. Similar observations have been seen in smaller phase 3 studies from the European Union, China, and Japan. Other HIF PHIs agents under clinical trials include vadadustat, daprodustat, & molidustat. As HIF pathway is regulating or interacting with several biologic processes, there is wide interest in the non-EPO adverse effects that may include - to certain degree – a higher risk of malignancy, thrombotic events, CVS disorders, Dc retinopathy & CKD deterioration, among others still requiring long-term evaluation of the treated ptns. None of the above members have been approved yet in the US.

II. Investigational agents in DX ptns: Hypoxia-inducible factor prolyl hydroxylase inhibitors (HIF PHIs) are a novel category of oral ESAs conistituting a potential future therapeutic option for anemia control in DX ptns. Unlike other ESAs agents replacing the endogenous EPO, HIF PHIs trigger the transcription of the EPO gene in the kidneys and liver, resulting in a higher levels of the endogenous EPO. The effectivness of HIF PHIs have been tested in a Chinese trial (305 DX ptns) treated with EPOa for at least 6 wks before the engagment to the trial. Ptns have been randomly assigned to receive the HIF PHI roxadustat or EPO alfa 3 times/weekly/26 wks. By the end of the clnical period, roxadustat was NOT inferior to EPOa in the improvement HB levels (mean changes from the baseline 0.7 vs 0.5 mg/dL, resp). Moreover, roxadustat have triggered a higher decline in hepcidin level as compared to EPOa (-30.2 vs -2.3 ng/mL). Ptns involved in the roxadustat g have shwon:

On the other hand, ptns in the EPO alfa > showed more prevalent HT. As HIF pathways have been incriminated on several biologic interactions, there’s increasing concern about the non-EPO untoward impacts, e.g.:

-       that requiring a long-term follow-up period of the managed ptns. No one agent has been practically approved in the US.