Treatment and prognosis of IgA Nephropathy

IgA Np is the most commonly observed etiology of primary (idiopathic) GN in developed world. Slowly progressing to ESRD can be seen in up to 50 % of p 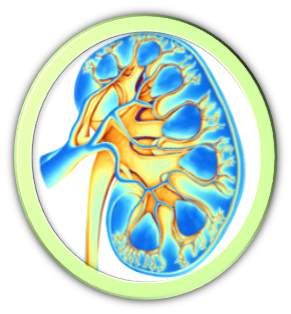 IgA Np is the most commonly observed etiology of primary (idiopathic) GN in developed world. Slowly progressing to ESRD can be seen in up to 50 % of ptns, usually > 20-25 ys of observation. The rest of ptns develop persistent clinical remission or have sustained low-grade hematuria and/or proteinuria. The clinical predictors denoting progression of IgA Np may include:

Ptns having recurrent attacks of gross hematuria with no proteinuria considered at a lowered risk for progressive renal disease.

Histologic criteria on renal biopsy in ptns with IgA Np have been correlated to a higher risk of progressive disease. These include both:

Oxford Classification is a pathological classification identifying many variables correlating with worse renal outcome independent from the current clinical manifestations, including mesangial proliferation, endocapillary proliferation, segmental GS, and IF/TA and It is accepted in many cohorts. 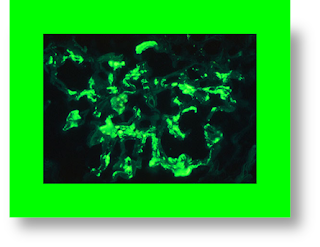 AKI can be seen in ptns with episodic gross hematuria that can be related to ATN, & SCr typically comes back to its baseline within few weeks. However, AKI may alarm to crescentic lesion requiring urgent therapy. In IgA Np ptn with acute decline in renal function and not improving within a week's follow up, repeating kidney biopsy is suggested to exclude crescentic formation.

2 major approaches have been suggested:

Ptns with isolated hematuria, no or minimal proteinuria (< 500-1000 mg/d.), & normal GFR > no ttt required & no biopsy needed and so not diagnosed as an IgA Np. However, this group of ptns should be periodically observed at 6-12-mo durations to detect early progress manifested by rising in proteinuria, BP, and/or SCr. With persistent proteinuria (> 1 g/d or > 500 mg/d), a normal or only slightly decline in GFR that’s not lowered rapidly, and only mild/moderate histologic findings on kidney biopsy are initially ttt with non- im/m therapies to slow down disease progression. Approach of non- im/m therapy suggested as follows:

Anti-inflammatory with GC with progressively active disease including hematuria + one or more of:

Either of the following 2 protocols is accepted for ptns selected for GC therapy:

Combined im/m plan can be administrated with more aggressive lesions defined by a more aggressive clinical course and/or histological evidence of intense active inflammation (e.g., crescent). Many im/m combinations have been suggested in such ptns. There’s cohort of ptns with IgA Np presenting with acute NS, little or no hematuria, normal kidney function, minimal glomerular lesions on LM, and diffusly fused of foot processes of the glomerular epithelial lining on E/M. These findings are characterizing MCD. Acute NS + diffuse foot process fusion on kidney biopsy are ttt as if an MCD. There’re no particular serologic markers identifying immunologic activity in IgA Np. So, clinical parameters are typically utilized, whether or not ptn is already on im/m. The major clinical parameters that’re serially observed are the SCr or eGFR, & proteinuria.