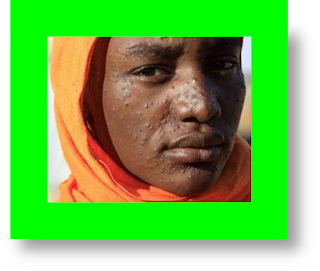 Visceral leishmaniasis (VL) is primarily caused by L. donovani & L. infantum (synonym L. chagasi). Leishmania can invade & replicate within host macrophages, inducing innate & cell-mediated immune responses. Infection usually persists after clinical cure of the primary infection. Frequently, Leishmania infection passes with no symptoms, which reflects the adequacy of the host immune system to manage the infection. The ratio of asymptomatic cases to the clinically evident infection varies according to many factors. Most ptns with subclinical infection are harboring viable parasites lifelong that may develop infection reactivation if the immune system has been compromised. 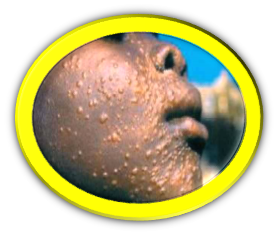 The most important clinical manifestation of VL is the syndrome known as kala-azar (Hindi for "black fever"). The incubation period is often 2-6 mo but can approach from several weeks to several years. Onset of Sms is often insidious or subacute, with slowly progressed malaise, pyrexia, weight loss, as well as splenomegaly (+/- hepatomegaly) along many months. Less often, acute febrile illness can persist with rapid progression of Sms.

Final Dgx requires recognition of the parasite via either histopathology or cultured material given by needle biopsy/ aspiration from affected organs (e.g. bone marrow or spleen). Aspirated samples could be inoculated into culture, while the remainder prepared in a Giemsa-stained smear. Biopsy sample could be prepared with tissue sections and touch preparation. Histopathologic Dgx needs to visualize the amastigotes; culture can be performed in Novy-McNeal-Nicolle or other parasitic media. Molecular methodology (i.e., PCR) testing can be also applied to identify parasite in tissues or peripheral blood.

Serology testing may include indirect fluorescent AB testing (IFA) & ELISAs that are proved to be efficacious. The direct agglutination testing (DAT) needs less preparation than ELISA, so it is more suitable for developing countries. The recombinant kinesin Ag (rK39) is a useful Ag in ELISA assays as well as in immunochromatographic strip formating as rapid testing. A +ve serological test is not definitive proof of active VL; as these results should be interpreted in view of the clinical as well as epidemiological atmosphere.

Post-kala-azar dermal Leishmania (PKDL) is a chronically observed skin rash typically seen following clinical response to ttt for VL. PKDL seen in almost 60 % of ptns in Eastern Africa & in 5-15 % of VL ptns in the Indian subcontinent. PKDL is rarely seen in areas with L. infantum VL. It usually seen with erythematous or hypo-pigmented macules that may be progressed to plaques or nodules. The Dgx can be made by assessing skin biopsy or slit skin samples by microscopy, culture, and/or molecular techniques.

Kidney dysfunction: Mild renal dysfunction seems to be present in a considerable percentage of adults & children. Most literatures came from zones where VL is due to L. infantum, however, one study of pediatric VL in India reported that both parasite species can involve the kidney.