BKPyVAN is a vital cause of allograft loss after KTx. Re-Tx is NOT CI with previous graft loss related to BKPyVAN, but data about clinical outcome are 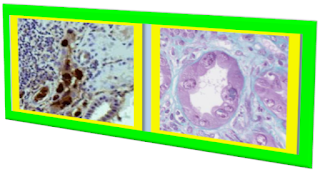 Replicated BKPyV usually progress into 3 stages. Asymptomatic viruria seen in about 1/4th- 1/3rd of ptns within 1st post-tx y. Viremia follows viruria in about 50% of ptns. Viral replication may progress > damaged renal tubular epithelium + BKPyVAN development. As in viruria & viremia, BKPyVAN is typically symptomless, with elevated SCr may be a solitary presenting Sn. With no control of BK replication, graft loss may supervene within months. So, Routine screening for BKPyVAN for ALL KTR in the early post-tx stage is recommended. Screening + preemptive limitation in im/m. dosages for ptns with clinically evident viremia can prevent the progress to BKPyVAN in many ptns. Optimal screening protocol has not been established yet, with varying approaches in each center. Screening ptns with a quantitative pl. PCR (viral load) within the following points of time:

Clinical response is variable & may depend upon:

2.    Viremia + new-onset graft malfunction > reduce im/m. & monitor viral load/ 2-4 wks thereafter, if clinically suggested BKPyVAN is the most likely etiology. Consider graft biopsy if no clear cause for allograft malfunction is not certain or if with failure of viremia/graft malfunction resolution despite im/m. reduction.

Allograft biopsy is the gold standard for BKPyVAN Dgx, evaluating its intensity, & associated processes. Nevertheless, as biopsy is an invasive process & sampling error is possible, a presumptive Dgx is usually made according to significance of viremia (viral load ≥10,000 copies/mL). Graft rejection may simulate BKPyVAN on graft biopsy. DD, however, BKPyVAN from rejection is crucial as ttt for presumptive rejection with augmenting im/m. may result in graft loss if BKPyVAN is underlying. Moreover, BKPyVAN + acute rejection may be simultaneously exist in biopsy, despite this is controversial.

In kidney TR with detectable BKPyV viremia or biopsy-proven BKPyVAN, it is recommend to reduce maintenance im/m. Optimal approach to reduce im/m. has not been recognized yet; protocol of reduction varies in each tx center and usually individualized. Several agents have been observed to impact in vitro anti-BKPyV effect, including IVIG, leflunomide, cidofovir & quinolone AB. However, we do not routinely apply any of these medications to control BKPyV infection, given that the efficacy of these medications has not been established yet and use of these agents has not been clearly observed to be superior to reducing in im/m. alone.

Acute rejection should be suspected in ptns with BKPyV viremia or established BKPyVAN whose SCr is rising despite reducing the im/m. Proceeding to an allograft biopsy in this condition is helpful to settle the Dgx of rejection. However, pathological findings of acute rejection may be difficult to recognize from those of BKPyVAN. Again, optimal approach to manage these ptns is not well established and commonly varies from Tx center to the other.

Retransplantation: in ptns with graft loss related to BKPyVAN is an accepted option and has been promptly performed. Generally, absent BKPyV replication should be confirmed before re-Tx, although successful preemptive, living, related KTx with an active BKPyVAN + viremia have been performed. We should wait until the viremia has been totally resolved before commencing a re-transplant. As BKPyVAN seems to be of donor origin & cytotoxicity related, this usually mandates continued close monitoring after re-transplant. Some experts prefer avoiding the intense im/m regimens & graft damage. Routine nephrectomy of the failing graft or of the native kidneys is not currently recommended, as they may serve as a sink (reservoir) and a source of re-infection, however, no robust-quality evidence supporting this approach.

Limited data available regarding kidney Tx survival among ptns who lost their 1st allograft due to BKPyVAN; however, current literature suggests that re-tx in these ptns is generally showing a good allograft outcome (see above).