Native kidney biopsy is usually performed for Dgx of acute & CKD but is invasive and may be complicated by bleeding-related sequelae. 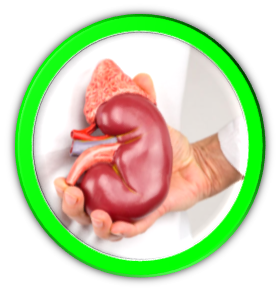 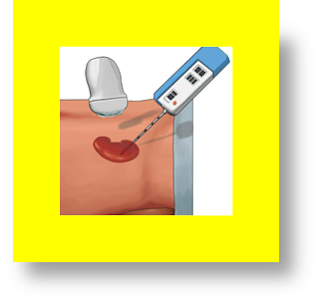 In nephrology practice, percutaneous renal biopsy may be necessitated to settle a Dgx, guiding therapy, and assessing the magnitude of active & chronic alterations. Routine assessment of kidney biopsy may involve histopathological testing via LM, IF, and EM. The indications of renal biopsy are variable according to the presenting Sns & Sms and physician interpretations:

1)    Ptns with NS, biopsy is usually required in lupus nephritis to determine the current type of pathology. It is also performed in ptns with NS + no evidence of systemic manifestations, both for therapeutic decisions and for unexpected Dgx.

Renal biopsy is generally NOT routinely required to settle a Dgx in the following:

For most ptns, a percutaneous kidney biopsy is the preferable as it’s less invasive as compared to other approaches. Other approaches includING open (surgical) biopsy, laparoscopic & trans-jugular one. Prior to   proceed to a kidney biopsy, full detailed history, physical examination, and routine lab profiles should be obtained to recognize ptn with increased risk for potential complications (e.g., bleeding). Recommended lab testing may include biochemical profiles, CBC, platelet count, PT, aPTT and INR. Some physicians also ask for bleeding time, but its value still in debate. A kidney US should be performed prior to the biopsy to recognize kidney dimensions and the possibility of any anatomical abnormalities that may impede the safety of a percutaneous needle biopsy.

Percutaneous renal biopsy is often performed under US guidance with local anesthesia. Using the real-time US rather than the blind approach in which US is used for localization only. Real-time US is associated with few important sequelae providing high diagnostic yield. Using a spring-loaded needle for native kidney biopsy considering its more ease approach and possible higher diagnostic yield; however, the option is usually chosen according to local facilities. For native kidney biopsy, using a 16-gauge needle rather than an 18-gauge needle is advised. Two cores of renal tissue are currently required. For most ptns undergoing percutaneous kidney biopsy, an extended duration of post-biopsy in-ptn hospital admission & monitoring are currently recommended. Observe the ptn for 24 h. in the hospital, despite some experts suggest a 6-12-h. for ptn observation. Bleeding is the 1st expected sequela for a kidney biopsy.