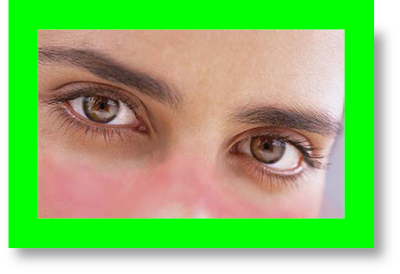 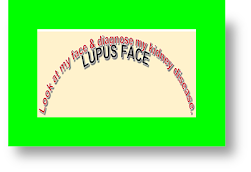 LMNp typically presents with proteinuria (usually but not often in the nephrotic range (NRP) + almost normal or only slightly raised SCr. Moreover, ptns with LMNp frequently hv microscopic hematuria & may hv NS (with hypoalbuminemia & edema) + HT. Presence of (significant hematuria + cellular casts) suggests concomitant proliferative lupus nephritis (LN) (rather than pure LMNp). LMNp is the one form of LN that may present with few or no other clinical or serologic manifestations of SLE; e.g., complement levels may be normal, and anti-double-stranded DNA AB, which’re highly specific for SLE, may NOT be elevated). Thus, ptns without extra-renal or serologic manifestations of SLE with renal biopsy suggesting LMNp should be regarded as having LN and are at risk of subsequent development other manifestations of SLE.

LMNp should be suspected in ptns presenting with NRP or NS (particularly in young females and in those with clinical or serologic manifestations suggestive of SLE). Furthermore, LMNp should be suspected in any ptn with underlying SLE and developing significant proteinuria. Diagnosis (Dgx) is confirmed in such ptn via renal biopsy.  Nearly all ptns with LMNp should be ttt with antihypertensive, anti-proteinuric, & lipid-lowering agents. Other therapeutics may include diuretics to control edema + maintenance of adequate nutrition. Some ptns also receive anticoagulation to prevent venous thromboembolism (VTE). There’re no randomized trials in ptns with pure LMNp comparing immunosuppressive (Im/m) therapy + non- Im/m with non-Im/m therapy alone. There’s NO total agreement about which ptn should start Im/m therapy:

(2)  Most experts suggest: Im/m drugs should NOT be given to ptns lacking one or more of the poor prognostic indicators  (concurrent diffuse proliferative lesions) considering the potential toxicity of Im/m. Ptns without these findings generally hv a good renal prognosis & may NOT require Im/m therapy unless it‘s needed for extrarenal indication.👍

(3)  On contrary, others suggest: even with lack of these poor prognostic signs, all ptns with Im/m should receive Im/m therapy. Although ptns with primary membranous nephropathy commonly hv a spontaneous remission, those with Im/m do NOT spontaneously remit.

Ptns with concurrent LMNp + proliferative LN are ttt according to the proliferative lesion. In ptns with pure LMNp selected for Im/m, the following is suggested:

(2)  Ptns with contraindication to or cannot tolerate MMF, IV cyclophosphamide (Cph) or a CNI + GC, rather than other Im/m agents. Cyclosporine (Csp) has been studied more extensively than tacrolimus (Tac) in ptns with LMNp, so, some experts use Csp if a CNI is suggested. However, Tac may show a lower risk of cosmetic & metabolic SE; as a result, many clinicians prefer Tac over Csp as the CNI of choice, particularily in females.

(3)  GC monotherapy is currently NOT recommended for LMNp.

MMF &  Cph should be avoided in pregnant females or who could be pregnant. We generally avoid CNI in ptns having significant decline in kidney function (eGFR <40 mL/min per 1.73 m2) due to their potential nephrotoxicity. After starting initial Im/m therapy, ptns are typically followed in OPD every 1-2 mo, with less frequent visits over time if ptn is responding & stable. Renal response is determined by following SCr, urinary proteins (spot urine: protein-to-Cr ratio), & urine sediment. Although each ptn should be managed on individual basis, considering the renal response & extrarenal disease activity, the following items are helpful: ✌

2)    Clinical parameters are worsening after 3 mo of initial therapy (e.g., worse proteinuria and/or renal function), a change in therapy.

3)    Clinical parameters are not worsening but showing no meaningful improvement after 6 mo of initial ttt, a change in therapeutic protcl.

Repeating kidney biopsy is indicated in the following settings:

(1)  Ptn with persistent, stable proteinuria >1 g/d despite one y of ttt to differentiate whether proteinuria is due to renal sclerosis/fibrosis or currently active LN;

With pure LMNp requiring therapy modification, the usual approach is as follows:

(1)  Ptns not responding to initial ttt with MMF: switch to  Cph therapy.

(2)  Ptns initially responded to MMF then relapse, modify Im/m according to timing of relapse: if relapse observed during long-term therapy (MMF is already tapered) or after MMF has been withdrawn: resume the original dose of MMF (to target a goal of 1.5 g twice/d or, potentially, 1 g thrice/d); if relapse seen during the 1st 6 mo of MMF ttt: switch to Cph therapy.

(3)  Currently, ptns initially ttt with Cph or a CNI are those with a CI to or cannot tolerating MMF. So, in such ptns, those who’re not responding to or relapse despite Cph ttt should be converted to a CNI, and those who’re not responding to or who relapse despite CNI should be converted to Cph. However, if ptn who was successfully ttt with a CNI relapses after the drug has been withdrawn, the same therapy can be repeated for a second time.