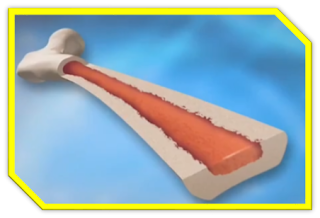 Both types are characterized by their potency, or potential to differentiate into different cell types (e.g. skin, muscle, bone, etc.).

Q.790. What is the role of stem cell transplantation in RRT?

A. The inadequacy of current ttt. modalities & insufficiency of donor organs for cadaveric Tx. hv driven a search for improved methods of dealing é R.F. The rising concept of cell-based therapeutics hs provided a framework around which new approaches are being generated, and its combination é advances in stem cell research stands to bring both fields to clinical use. This budding partnership is presently in its very early stages, but an examination of the cell-based therapies under development clearly shows the magnitude of the role that stem cells can play. Use of embryonic tissue in research provides valuable insights but will be a subject of intense societal scrutiny & debate before clinical application. Embryonic stem (ES) cells, é their ability to generate all, or nearly all, of cell types in the adult body & a possible source of cells genetically identical to the donor, hold great promise but face ethical & political hurdles for human use. Immunoisolation of heterologous cells by encapsulation creates opport-unities for their safe use.

Future Perspectives: The impact of advances in stem cell technology on all cell-based therapy for ttt of R.F. is enormous. It’s through methodologies e.g. promise of stem cells will be carried forward to clinic. As the understanding of basic ES cell biology deepens & protocols are developed by wch their differentiation may be robustly & reproducibly guided toward specific cell fates in vitro, they will become the answer to the sourcing question on wch all cell therapies stand or fall. Differentiation protocols for ES cells in culture are emerging, as reviewed recently by Heng et al. 2004. In vitro differentiation into: neural, hematopoietic , osteo/chondrogenic , myogenic & endothelial hs bn reported.

Clinical applications require the use of human ES cells, and although political climate in many countries is unfavorable for human ES cell research, progress continues to be made . Acceptability of nuclear transfer as a method of generating nonimmunogenic cells for ttt of a particular individual, is an issue that must be decided.. Generation of cloned human ES cells by somatic cell nuclear transfer hs, however, been recently reported & continued societal debate will determine whether this or other techniques for creating nonimmunogenic cell implants will prevail. In the meantime, it’s the approaches that protect cell from host & host fr. cell by incorporating immunoisolation barriers  that’re most likely to advance the ttt. of R.F. and other complex disorders, providing a platform for the greater technological achievements that lie ahead.

Stem cells are ch.ch. by 👉 their capacity for self-renewal & ability to differentiate into specificcell types. Levels of competence form the basis of classification as:

Pluripotent: able to contribute to all 3 germ layers of the embryo.

Multipotent (can differentiate into multiple cell types, but not derivatives of all 3 germ layers). Progenitor cells are more lineage-restricted than stem cells but retain the proliferative capacity lacking in terminally differentiated cells.

ES cells👉 pluripotent derivatives of the inner cell mass of the blastocyst, are ⮞the most primitive cell type likely to find application in cell therapy. Their potential to generate any given cell type of the embryo makes them in some ways the👉most attractive stem cell for cell therapy but also the one é greatest challenges to surmount in lab.. The political & ethical questions that surround the use of human ES cells have added a further layer of complexity to research aimed at bringing their potential benefits into clinical arena. These f.s hav combined to intensify the focus on multi-potent adult stem cells such as hematopoietic stem cells (HSCs) & neural stem cells as sources for cell-based therapeutics.

Currently, several potential cell-besed therapies for R.F. are under development & provide a route, direct or indirect, for   application of stem cell technology:

(1) Direct route is exemplified by simple giving of stem cells to the diseased or injured organ and relies on their inherent capabilities for differentiation, organization & integration into existing tissues to restore function.

(2) Indirect routes incl.: bio- & tissue-engineering apprearance, whichch’re based on in vitro differentiation of stem cells & organization of their derivatives within matrices or in associated é biomaterials to augment or replace function foll. implantation or as part of an extracorporeal circuit.

Q.792. Is there is a role for stem cell transplantation in treatment of ARF?

In summary: findings indicate: MSC contribute to renal receovery dur. ARF. In context of regenerative therapies, renotropic prepar-ations of autologous adult stem cells cn be proposed as a safe strategy in humans. Combined administration with growth f.s or molecular engineering of MSC to deliver specific factor to the site of injury wd hopefully aid in maximizing their therapeutic potential.