Q.681. What are the general💢 policies of organ donors with HCV?

2)   Abs. of definitive evidence of a detrimental effect on ptn. survival.

3)   The current shortage of cadaver kidney.

Liver inj. progression of may be slower in ptn who undergo R.Tx. as compared to those on waiting list. This was shown in retrospective analysis of liver biopsies obtained before & after R.Tx. among 31 HCV+ve ptn & comp. to biopsies of 13 HCV-ptn who remained on waiting list . In general, ptns on waiting list were more likely to have progression of liver fibrosis (62 vs 23 % among those who were Tx.). Although studies consistently show 🠉risk of post-tx. liver dis. é anti-HCV +ve, conflicting results surround the question: whether this’s associated é 🠟survival. 3 studies failed to detect significant differences in survival between recip. with & without anti-HCV prior to Tx..

Q.683. What is the impact of HCV genotype on survival after R.Tx.?

Q.684. What is the effect of HCV infection upon survival with dialysis or renal transplantation?

A. Despite pres. of anti-HCV A.B. at time of R.Tx. may be ass. éincr. risk of death, it’s not yet known whether survival incr. é RRT é DX. oré Tx. Some studies suggest: R.Tx. 🠊better survival thn DX among anti-HCV +ve ptn.: A New England Organ Bank study evaluated risk of death with or without anti-HCV A.B. in R.Tx. waiting list & either did or didn’t receive R. allog. . Tx. was associated é. enhanced survival comp. to continued DX..Relative risk of death was similar between those with & without anti-HCV A.B.. Thus, Tx. resulted in a long-term survival benefit é anti-HCV +ve. Similar findings were noted in another rep. comp. survival among anti-HCV +ve ptn. who underwent R.Tx. é anti-HCV +ve individuals who were acceptable for Tx. but hd not yet undergone the procedure. Outcomes were assessed in ptns é at least 2 y. of follow-up. Despite similar co-morbid C.P., ptns in whom R.Tx. hd bn performed hd a lower M.R. thn those remaining on DX.

So, the possible detrimental effect of Tx. on the course of HCV infc. does not outweigh its long-term beneficial effect on survival in ESRD. Thus, anti-HCV +ve status alone should not👆be considered C.I. for R.Tx. Liver damage (determined by hist. severity) is a strong predictor of liver failure & death after Tx..As a result, in anti-HCV +ve ptn. without evidence of liver disease & in abs. of definite studies demonstrating worse outcomes after R.TX., we suggest: such ptn. should be allowed to make an informed choice of staying on DX or undergoing Tx.. However, Tx. recip. can have hist. evidenceof liver dis. in abs. of🠉s. ALT. So, there should be policy to perform liver biopsies on all anti-HCV +ve ptns awaiting R.Tx. for histopth. evaluation. In ptn. é histological evid. of liver dis., decision to proceed é R.Tx. shouldd be made cautiously, since im/m.🠞🠉viral replication & exacerbate liver dis.. 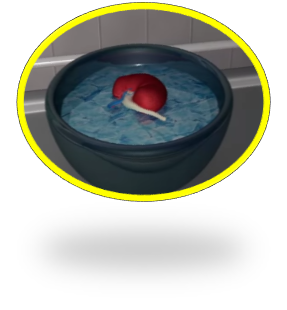